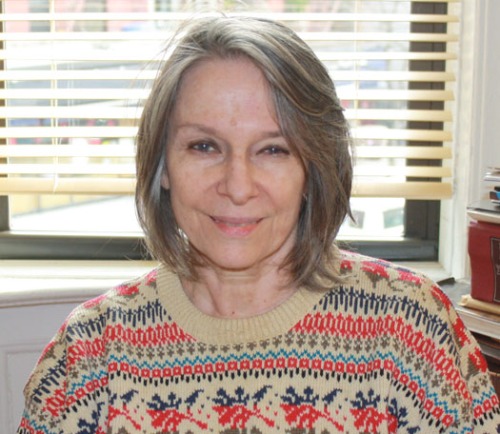 Carola Dibbell grew up in Greenwich Village and graduated from Hunter High School and Radcliffe College. She taught infant school in London and pre-school in New York and participated in many women's groups and actions before starting to publish journalism and fiction in the 70s. Her short stories have appeared in the Paris Review, The New Yorker, Fence, and Black Clock and her rock criticism, profiles, and reviews of books, films, and children's media mostly in the Village Voice.

Introduced to rock criticism by her future husband, the critic Robert Christgau, she was moved by its mix of amateurism, literary ambition, fandom, and politics, collaborated with him often, and in her own work looked for common ground between feminism and gonzo. Her essay on women in punk appears in Trouble Girls: The Rolling Stone Book of Women in Rock and her reflections on the British punk group the Slits in the Ann Powers-Evelyn McDonnell anthology, Rock She Wrote. Her Voice book pieces include the first major story on comic book writer Harvey Pekar and a long personal essay about infertility, "Thinking About the Inconceivable."

Her debut novel, The Only Ones, is a dystopic tale about a bizarre reproductive experiment. Published in 2015 by Two Dollar Radio, it was included in many year's best lists. NPR's Jason Heller wrote: "A debut novel on par with some of the best speculative fiction of the past 30 years, The Only Ones deserves to be shelved alongside Margaret Atwood's The Handmaid's Tale, Nalo Hopkinson's Brown Girl in the Ring, and P. D. James' The Children of Men. It's that good, and that important, and that heartbreakingly beautiful." It has appeared in two French editions.

Married since 1974 to Robert Christgau, she lives with him in the East Village. They have one daughter, Nina Dibbell Christgau.